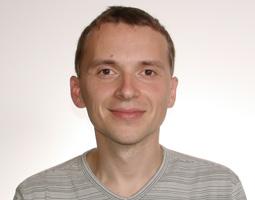 Nuclear physics today is a central science that links together and expands ideas from high and low energies, classical and quantum dynamics, few- and many-body physics; it is a subject on the frontiers of astrophysics, mesoscopic science, fundamental physics and technology.  The atomic nucleus is a natural quantum system revealing the transition from the physics of the   macroscopic world, which has pronounced statistical regularities, to the microscopic world where individual quantum states can be identified and studied.  The broad term “mesoscopic system” includes, in addition to atomic nuclei, such objects as atomic and molecular clusters, quantum wires and dots, microwave cavities, atomic traps, and, to some extent, prototypes of quantum computers.
Physics of mesoscopic systems is of great present-day importance, both scientifically and technologically. Our goal is to use the typical properties of mesosopic systems and to develop trans-disciplinary methods that would be applicable in various subfields of physics.
The availability of High Performance Computing and different flavors of computational technology call for innovative thinking and for new philosophies in addressing the quantum many-body problem.
The new generation of experimental facilities will open a vast terrain of unchartered science to experimental investigation. It is almost certain that significant theoretical discoveries and breakthroughs will follow.

Our research work focuses on novel aspects of nuclear physics and its connections to astrophysics, mesoscopic physics, fundamental science, quantum chaos, and many-body physics in general. Using the atomic nucleus as a research laboratory we target the generic phenomena of finite open quantum many-body systems, such as shell structure, superfluidity and superconductivity, effects of particle decay and radiation, onset of chaotic dynamics and its interplay with collective motion.