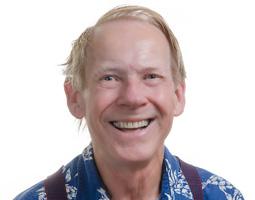 Per Arne Rikvold received his B.Sc. in Physics with minors in Mathematics, Statistics, and Chemistry, and his M.Sc. in Theoretical Solid State Physics from the University of Oslo in Norway. Following his master's degree, he spent two years as a Japanese Government research student at Kyushu University in Fukuoka, Japan. After further stays at the University of Oslo, University of Geneva in Switzerland, and Kernforschungsanlage Jülich in Germany, he received his Ph.D. in Physics from Temple University in Philadelphia in 1983. Before coming to the Florida State University Physics department in 1987, he did a postdoc in Mechanical Engineering at State University of New York at Stony Brook, and he worked as a Senior Research Chemist with ARCO Chemical Company in Newtown Square, PA. In addition to serving as the James G. Skofronick Professor of Physics, he is a School Faculty with the School of Computational Science (SCS) and a Faculty Associate with the Center for Materials Research and Technology (MARTECH). He is a Fellow of the American Physical Society and a Foreign Member of the Norwegian Academy of Science and Letters.

Dr. Rikvold's research focuses on applications of equilibrium and nonequilibrium computational statistical mechanics to problems in Condensed-matter Physics and Materials Science. In particular, he studies the dynamics of magnetization switching in nanoparticles, magnetic molecules, and ultrathin films, which are important materials for ultra-high-density recording media and possibly for future quantum computers. He is also an expert on applications of computational statistical mechanics to adsorption processes in electrochemical systems, which present new, low-cost methods to synthesize nanostructures of technological importance. Recently, he has started a program in biophysics with emphasis on the dynamics of biological evolution. A unifying theme for these, seemingly disparete, research areas is the application and further development of methods and concepts from nonequililbrium statistical mechanics.