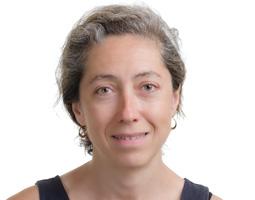 Dr. Reina received her Ph.D. degree in high-energy theoretical physics from The International School for Advanced Studies (Trieste, Italy) in 1992. After postdoctoral work at the University of Brussels (Belgium) and at Brookhaven National Laboratory, she joined the University of Wisconsin in Madison as assistant scientist in 1997 and the FSU faculty in 1998, where she was appointed full professor in 2007. In 2005 she was elected Fellow of the American Physical Society.

Dr. Reina's research is mainly oriented to the phenomenology of elementary particle physics, with particular attention to the effects of perturbative QCD corrections in collider physics. Recently she has conducted some important studies of the production of Higgs bosons and weak vector bosons in association with heavy quarks at hadron colliders and she has been focussing on the application and development of analytical and numerical algorithms for the systematic implementation of higher order pertubative field theory calculations. Her expertise also includes the physics of heavy flavors, CP-violation, and new models beyond the Standard Model.