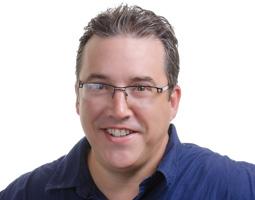 Paul Eugenio received the PhD degree of Particle Physics from the University of Massachusetts at Amherst in 1998, and the BS and MS degrees in Physics from the University of Massachusetts at Dartmouth in 1992 and 1994, respectively. He then joined the Medium Energy Particle Physics Group at Carnegie Mellon University as a Research Physicist. In the fall of 2001, Dr. Eugenio joined the faculty in the Experimental Nuclear Physics Group of Florida State University where he is currently a Professor for the Department of Physics.

Dr. Eugenio's research interests are in the areas of particle physics, in particular, on expanding our understanding of the non-perturbative regime of quantum chromodynamics (QCD). While at FSU, Paul Eugenio devoted his efforts to search for meson states, such as, exotics, hybrids, and glueballs, which are incompatible with the Standard Quark Model. He has contributed to an analyses of meson states produced via proton-antiproton annihilations at rest, and he has directed undergraduate students in analyzing meson states from pion-proton interactions at 18 GeV/c.

At Jefferson National Accelerator Facility, Dr. Eugenio is part of the GlueX Experiment, a dedicated program to search for a new type to nuclear matter called gluonic excitations. The goal of GlueX is to discover and map the spectrum of gluonic excited nuclear matter by scattering linearly polarized photons off protons, with the ultimate goal of understanding the confinement of the quarks and gluons in nuclear matter. The experiment started collecting data in 2017.  Dr. Eugenio was originally responsible for the fabrication of the GlueX Time-of-Flight detector and in 2019 lead the effort to upgrade the TOF inner region modules for the next phase of running GlueX at higher beam intensities.
He is a member of the American Physical Society; American Association for the Advancement of Science; Sigma Xi, The Scientific Research Society; and Sigma Pi Sigma, The National Physics Honor Society.