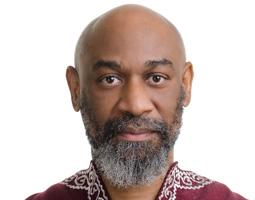 Dr. Roberts received his Ph.D. in Theoretical Physics from the University of Guelph (Guelph, Ontario, Canada) in 1988. He spent one year as a post-doctoral researcher at the Insitut des Sciences Nucléaires in Grenoble, France, followed by a year and a half in the Physics Department at Harvard University. He joined the faculty at Old Dominion University in Norfolk, Virginia, in 1991. While there, he was also a member of the Theory Group at the Thomas Jefferson National Accelerator Facility. In 1994, Dr. Roberts received a National Young Investigator award from the NSF.

Dr. Roberts' research focuses on the properties of hadrons. He has used quark models, the heavy quark effective theory, phenomenological lagrangians and a variety of numerical methods to delve into the structure and properties of these sub-atomic particles.