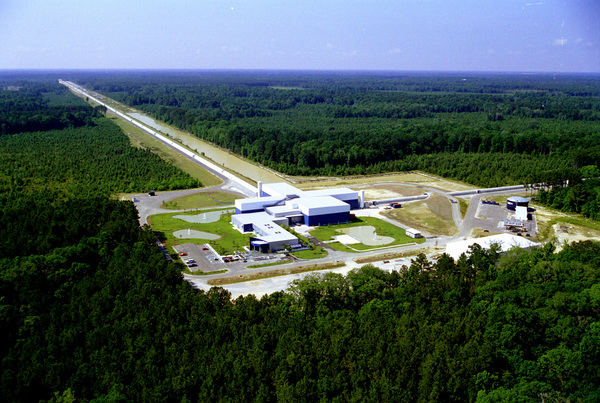 The Laser Interferometer Gravitational-Wave Observatory (LIGO) is a large-scale physical experiment designed to detect gravitational waves. These waves are "riples" in space-time that were first predicted by Albert Einstein in 1916. LIGO is comprised of two observatories located in Hanford Site, Washington, and Livingston, Louisiana, and operated by Caltech and MIT, with the support of the National Science Foundation.

In 2016 the LIGO collaboration together with the partner Virgo collaboration, reported the first detection of a gravitational-wave event which occurred on September 14th, 2015. The event corresponded to the breathtaking process of merging of two black holes, each with about 30 times the mass of the Sun, and which were accelerated up to 50% of the speed of light during the "ringdown" phase of the merging. Such astonishing incident happened 1.4 billion light years from Earth. With this announcement, the new era of gravitational-wave astronomy began. 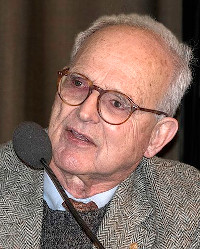 The Department of Physics at Florida State University is delighted to welcome professor Rainer Weiss to present a Public Lecture entitled The Beginning of Gravitational Wave Astronomy: Current state and some about the future. The talk will introduce what gravitational waves are and how they are detected. The observation of the waves from binary black hole collisions in 2015 opened the field followed in 2017 by the observation of the waves from a binary neutron star collision which was also observed by many astronomers with different instruments. By now over 30 compact binary systems have been cataloged. The detectors are being improved to allow searches for more distant sources as well as improved searches for different types of gravitational wave sources. The development of instruments to bring gravitational wave astronomy into cosmology will be discussed.

The lecture will take place on Monday October 19th, 2020 at 7:30pm, as a Zoom webinar (see connection information below). You are all invited to join and participate in this great event.