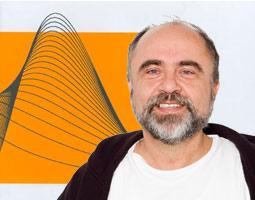 Prof. Berg received his Dr.rer.nat. degree 1977 from the Freie Universität Berlin, Germany (West) for work on two-dimensional quantum field theory. His adviser at the Freie Universität was Prof. Bert Schoer. Subsequently Berg spent time on postdoctoral positions at the Freie Universität, at Hamburg University (Germany) and at CERN, Geneva (Switzerland). From 1982 to 1985 he was an Assistant Professor at Hamburg University. From 1980 on he pioneered Monte Carlo simulations in lattice gauge theory, which was then emerging as a subfield of theoretical particle physics. This computational work led to the offer of an Associate Professorship at the Florida State University (FSU), placed in the Physics Department with a joint appointment by the Supercomputer Computations Research Institute. Berg joined FSU in 1985, became a tenured professor in 1987 and was named Dirac Professor of Physics in 2006. Widely cited is his work on "multicanonical simulations'' from 1991/2. Since then Berg's interests broadened to include besides particle physics the development of algorithms and simulations of complex systems like proteins. In 2004 Berg became a faculty member of the School of Computational Science at FSU, which had emerged after a series of reorganizations from the Supercomputer Computations Research Institute.

Berg is a Fellow of the American Physical Society and of the Wissenschaftkolleg Berlin (Germany). He was awarded the Developing Scholar Award of FSU in 1988, the Leibniz Professorship of Leipzig University (Germany) in 2005 and a Fellowship of the Japanese Society for the Promotion of Science in 2006.