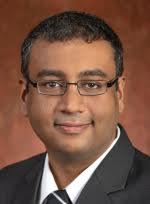 Received Ph.D. in physics from Cornell University in 2013.

Postdoctoral Fellow at Institute for Quantum Matter, Johns Hopkins University, from 2016 to 2018

Postdoctoral Fellow at Institute for Condensed Matter Theory, University of Illinois at Urbana-Champaign, from 2013 to 2016

Joined the faculty at Florida State University in 2018.

Research interests: The study of quantum systems of many strongly interacting particles (such as bosons, fermions, and spins). Several physical phenomena at low temperatures arise out of the intricate interplay of quantum mechanics and strong correlations. Broadly, my research interests fall into the following categories:

My publications and preprints are available on the arXiv. You may contact me at hchanglani at fsu dot edu.