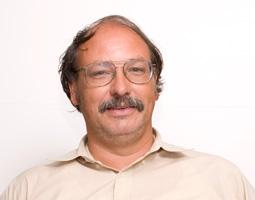 Peter Hoeflich received his Dr.rer.nat. degree 1986 from the University of Heidelberg Germany for work on the spectral formation in protostellar objects'using detailed non-equilibrium codes he developed.

From 1986 to 1993, he worked as a researcher at the Max-Plank-Institute for Astrophysics in Garching (Germany).

Triggered by the explosion of SN1987A in the Large Magellanic Cloud, his main focus shifted towards simulations of light curves, flux and polarization spectra for core-collapse and thermonuclear supernovae to link explosion models and observations.

Subsequently, Hoeflich spent time as a visiting scientist at Harvard were, thanks to Al Cameron and Friedel Thielmann, he expanded his expertise into the field of nuclear astrophysics, and he entered the field of radiation-hydrodynamical calculations to study the explosion mechanism, progenitors and their evolution.

In 1996, Hoeflich took a position of a Research Associate and, later, Senior Research Scientist at the University of Texas at Austin and the McDonald Observatory. During this time, he built up a wide network of national and international collaborations.
While still focussing on advanced simulations, the lack of qualitative new data became a main obstacle for advancing models.
Thus, Hoeflich became strongly involved and initiated observational programs both at ground based observatories (VLT, Hawaii, Gemini,...) and satellites ranging from the Compel-gamma-ray, to HST and the SST.
Since August 2006, Hoeflich holds a position as Associate Professor for Physics to detangle the mysteries revolving around dark energy, dark matter and the dark ages.