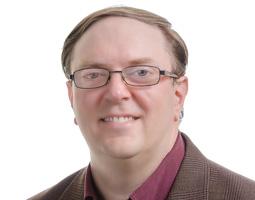 Prof. Adams received his Ph.D. from the University of Notre Dame in 1997 in Experimental Particle Physics.  He was a post-doctoral researcher at Kansas State University studying neutrino physics with the NuTeV collaboration from 1997-2001.  He joined the faculty at FSU in 2001.  His research interest is in particle physics, also known as high energy physics.  The goal is to understand the most basic particles and forces in nature.  Upon coming to FSU, Prof. Adams began working on the D0 Experiment at Fermilab (Chicago) which completed data taking in 2011.  He now works with the FSU High Energy Physics Group on the CMS Experiment at CERN (Geneva, Switzerland).

Prof. Adams’ current research is focused on the pursuit of signs of new physics at the CMS experiment at CERN.  The Large Hadron Collider (LHC) is the world’s highest energy particle accelerator. Using data from its early operations (2010-2012), CMS (along with its competitor ATLAS) discovered a new particle that has since been identified as the long sought-after Higgs boson.  Prof. Adams is currently seeking evidence for new, heavy, charged particles in the CMS data.  This work (in collaboration with a small group of researchers from around the world) has resulted in several publications and numerous conference presentations.  Prof. Adams’ group pioneered searches for highly charged particles and searches using machine learning techniques. He is also searching for new physics in events with three photons predicted by a model created by Prof. Takemichi Okui (FSU).  Prof. Adams has worked on the operations and understanding of the performance of the CMS electromagnetic calorimeter for more than a decade.

The discovery of the Higgs boson in 2012 was just the beginning for the LHC physics program.  The CMS Collaboration plans to continue taking data through at least 2035. The discovery possibilities are astounding!

The D0 collaboration completed data taking in 2011. Prof. Adams was one of the collaboration's experts on Monte Carlo simulations and searches for new physics signatures, serving as co-convenor of each of these groups. Prof. Adams' research with the D0 Collaboration led to results on the search for new physics in long-lived particles and studies of top pair production.  He pioneered a search for a neutral, long-lived particle decaying to two muons using data from D0 (PRL 97, 161802 (2006)).  The measurement of top pair production in a final state involving a tau lepton, an electron or muon, two b-quarks and several neutrinos was incorporated into three papers (two in Physics Letters B and one in Physical Review D) including searches for a charged Higgs boson.

Prof. Adams is a Fellow of the American Association for the Advancement of Science and a member of the American Physical Society, the European Physical Society, Sigma Xi, the American Association of Physics Teachers, the Society for Science at User Research Facilities, and the Tallahassee Scientific Society.  Prof. Adams has a long-time engagement in faculty governance with the FSU Faculty Senate.  During 2017-19, he served as President of the Faculty Senate and as a member of the FSU Board of Trustees.

For more information on Prof. Adams' research and other activities, see his webpage.